Team UB/Alfred explored iridescence and its potential for luminosity on architectural skins. Using a glaze developed by glaze artist Christine Jetten, a variety of prototype tiles were produced and studied for their non-uniform beauty and the value of passive luminosity in ecologically sensitive applications. (Courtesy Boston Valley Terra Cotta) 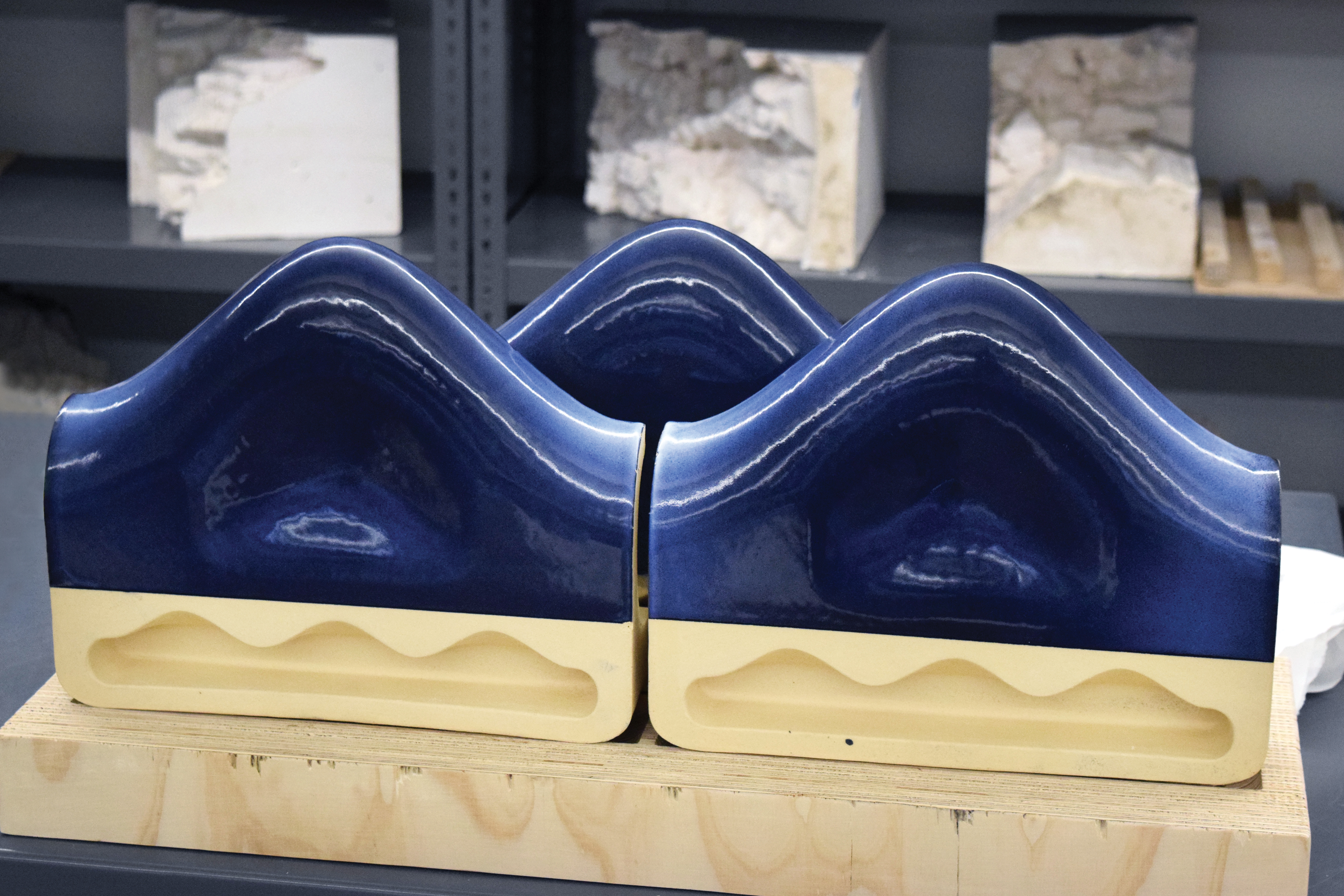 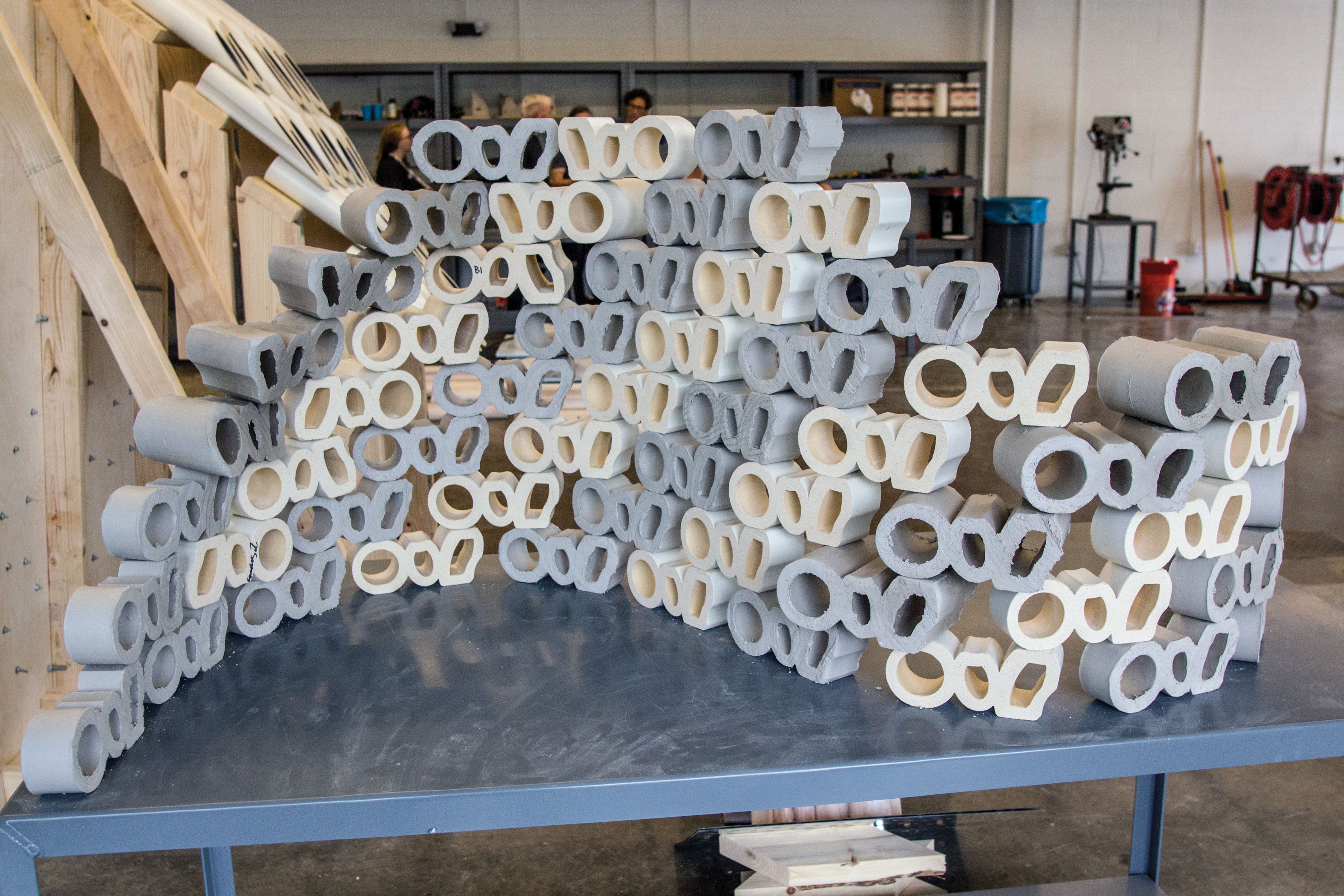 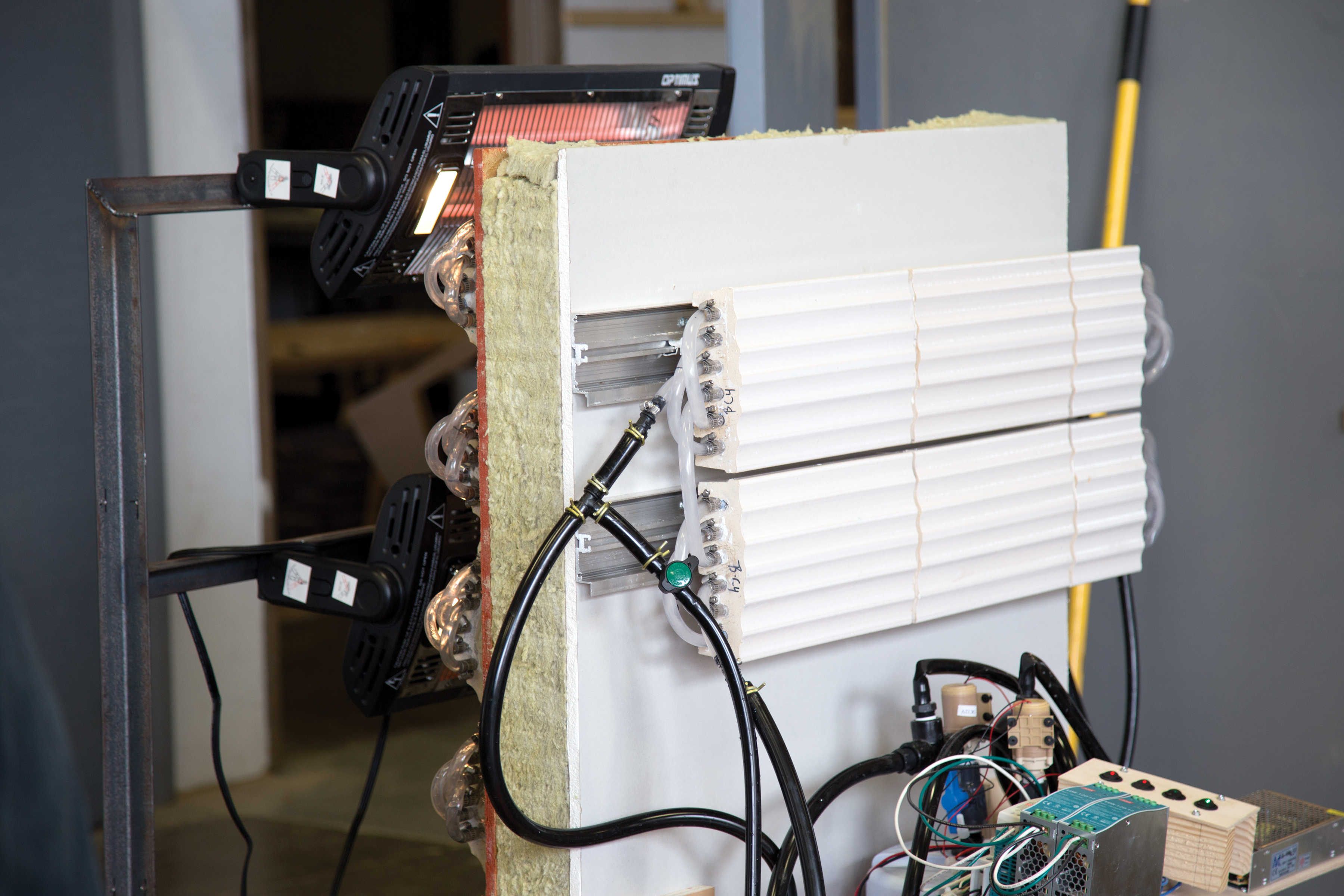 For the third year in a row, manufacturer Boston Valley Terra Cotta (BVTC) and the University at Buffalo School of Architecture and Planning (UB/a+p) in upstate New York hosted the Architectural Ceramics Assemblies Workshop (ACAW). The weeklong event is a gathering of architects, engineers, and artists and offers a fast-paced opportunity for attendees to get their hands dirty physically testing the capabilities of terra cotta design. Other sponsors of the gathering include Western New York’s Alfred University, an institution with expertise in glass and ceramics, and Rigidized Metals Corporation, a producer of deep-textured metal for exterior and interior cladding, among other products. “Architects designing with industrially produced ceramic components may have little material understanding of clay for large-scale production, while most artists trained in ceramics may have few opportunities to explore the medium at a scale beyond the individual object,” said Boston Valley’s International Sales Manager. “At ACAW, architects, engineers, and educators collaborate with designers and manufacturers in order to deepen their understanding of designing with architectural terra-cotta.”

BVTC was founded in 1889 as Boston Valley Pottery, a brick and clay pot manufacturing facility located on the outskirts of Buffalo, New York. The Krouse family purchased the facility in 1981 and transformed it into a cutting-edge architectural terra-cotta factory with a global footprint. Currently, projects range from the restoration of New York’s Woolworth Building to the cladding of Morris Adjmi Architect’s 363 Broadway and Kohn Peterson Fox’s One Vanderbilt. This year, over 60 attendees participated in the workshop, which emphasized the role of pre-design and research at the early stages of a design project. Both the number of attendees and the overarching objectives of the workshop have evolved since its 2016 inauguration. The first event was largely a sandbox tutorial, featuring 20 attendees learning the basics of terra-cotta production. In its second year, ACAW and its 40 attendees focused on the bioclimatic function of terra-cotta in contemporary design and the retrofitting of structures.

This year, building upon their experience at previous workshops, the attendees, divided into six teams, began researching and developing their prototypes in March. Designs were submitted to BVTC prior to the conference for prefabrication. Throughout the week, the teams received technical support from both BVTC and UB/a+p.