This August, Boston Valley Terra Cotta and University at Buffalo School of Architecture and Planning will hold the third annual Architectural Ceramic Assemblies Workshop (ACAW), with support from the UB Sustainable Manufacturing and Advanced Robotic Technologies (SMART). To give an idea of the depth of exploration and the process engaged by the ACAW teams, these features will offer a sneak peek into what is developing in the factory prior to the weeklong event, to be held this August 13–16.

For this year’s ACAWorkshop, teams have come together prior to the event – as early as March and April – to begin the design and development of prototypes of their explorations. What began as an abstract earlier this year (and for some teams, last year) has been developed through sketches, drawings, models and discussions in meetings between the architects, designers, façade engineers and the manufacturers. Initial prototypes of the designs have been produced in the factory and are at one or more stages of production.

This is the fourth of our ACAW Team Features, continuing with AECOM

Participants from team AECOM come together at the 2018 Architectural Ceramic Assemblies Workshop from engineering firm AECOM, Thomas Jefferson University, FABS LLC, and the Rensselaer Polytechnic Institute. Team AECOM returns to ACAW to continue pursuit to harness the thermal properties of terra cotta in a building skin.

In their prototypes, AECOM will question the relationship of ornament and the function in the materiality of terra cotta. The team experiments with forms that will best utilize the exchange of heat between the interior and exterior walls. They have taken inspiration from natural forms and through the process of intense study arrived at their prototype for this year’s ACAWorkshop. 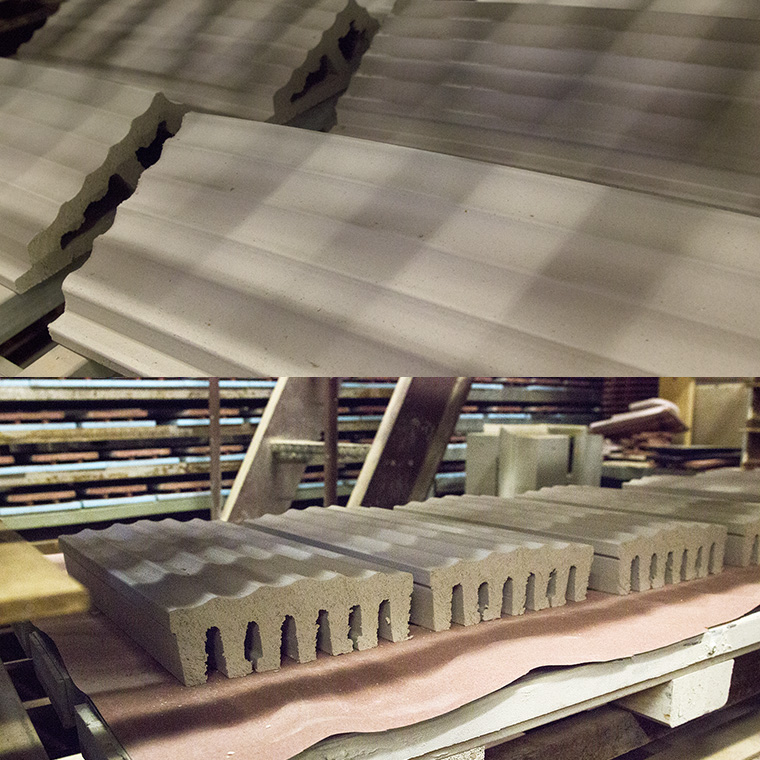