This August, Boston Valley Terra Cotta and University of Buffalo School of Architecture and Planning will hold the third annual Architectural Ceramic Assemblies Workshop (ACAW), with support from the UB Sustainable Manufacturing and Advanced Robotic Technologies (SMART). To give an idea of the depth of exploration and the process engaged by the ACAW teams, this will offer a sneak peek into what is developing in the factory prior to the weeklong event, to be held this August 13–16.

This is the third of our ACAW Team Features, continuing with Sasaki/Studio NYL

Team Sasaki/Studio NYL is made up of a variety of individuals from Sasaki, Studio NYL, Wiss, Janney, Elstner Associates, Inc. and Simpson Gumpertz & Heger. For the 2018 ACAWorkshop, Team Sasaki/Studio NYL’s has been working on a prototype that is an innovative take on the terra cotta sunshade.

Their unique form will be self-supported in its capacity to hold its own weight. The design team has combined advanced computational design software, digital fabrication techniques and the advanced manufacturing technologies of Boston Valley Terra Cotta to explore how the architectural applications of terra cotta can be expanded beyond decorative building cladding applications. 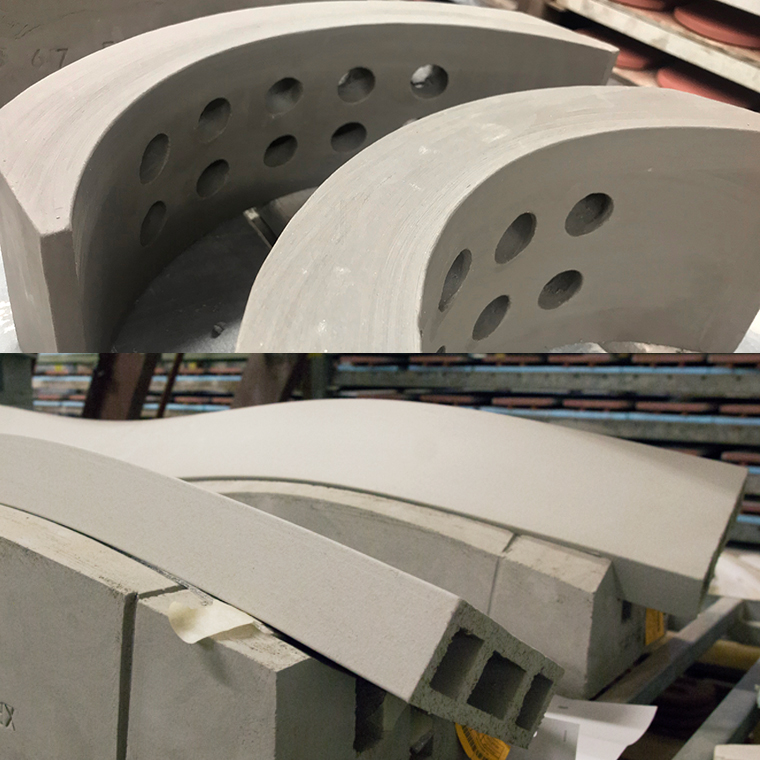