This August, Boston Valley Terra Cotta and University at Buffalo School of Architecture and Planning will hold the third annual Architectural Ceramic Assemblies Workshop (ACAW), with support from the UB Sustainable Manufacturing and Advanced Robotic Technologies (SMART). To give an idea of the depth of exploration and the process engaged by the ACAW teams, this will offer a sneak peek into what is developing in the factory prior to the weeklong event, to be held this August 13–16.

This is the third of our ACAW Team Features, continuing with the University at Buffalo team

Passive illumination is a technique used in the distant past to circumvent lighting issues prior to readily available electricity; iridescence is also found in the natural world in fish scales, feathers, and bubbles. The surface of the building skin will change the viewer’s perception of the form based on their location and how light moves across the surface of the glazed terra cotta. With glazes formulated by Christine Jetten, Team University at Buffalo will assess the luminous, iridescent glaze’s capacity to reduce both the energy consumption and light pollution of illuminated facades. Below are images showing preliminary glaze studies, tile patterning, and form development. At the ACAWorkshop, the team’s scaled prototype will be tested for performance, thermal absorption, and durability. 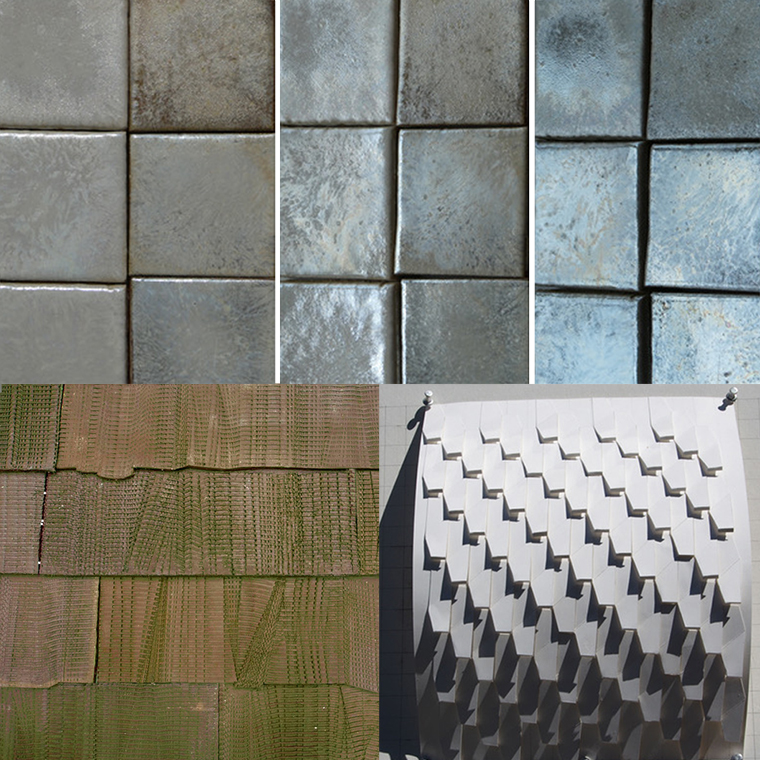 A preview of Team University at Buffalo’s prototype for the 2018 Architectural Ceramic Assemblies Workshop.